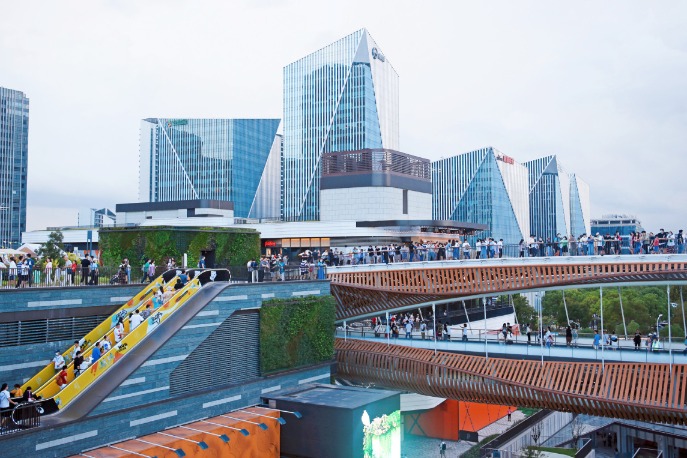 The volume of commercial real estate investment on the Chinese mainland reached $ 7.3 billion in the third quarter of 2021, and the annual amount is expected to exceed that of 2020, according to a report by global real estate advisor JLL.

The combined volume of commercial real estate investment in the first three quarters on the Chinese mainland amounted to 170 billion yuan ($ 26.7 billion), and JLL predicted that the figure for the entire year would exceed that of 2020, when it almost reached 200 billion yuan.

Representing 49% of total volume in the third quarter, Shanghai remained the number one destination for commercial real estate investments across China. The weight of Beijing and Guangzhou, Guangdong province decreased to some extent compared to the previous quarter while Shenzhen, Guangdong province registered a significant increase to 7.3% of the total.

“The development of commercial business in Shanghai is healthy and sustainable. The vibrant city is full of opportunities and is leading Chinese cities in many ways, ”said Kamsen Lau, CEO of Lifestyle International Holdings Ltd.

After nearly 10 years of development, Lifestyle International has officially launched its first shopping complex on mainland China, namely the Shanghai Jiuguang Center, Lau said. There are more than 400 brands in the center, about 30% of which debuted in Shanghai or north of Shanghai.

Eight office spaces in China, including Beijing Financial Street, Beijing’s central business district and Shanghai’s new Pudong district, were among the top 20 most expensive office spaces in the world in 2021, according to the latest Global Premium Office Rent. Tracker from JLL.

The investment volume of logistics properties, especially those located in the Yangtze River Delta region, the Guangdong-Hong Kong-Macao Great Bay region, the Beijing-Tianjin-Hebei region and the Chengdu city cluster. Chongqing, remained bullish in the third quarter, which was preferred by institutional investors.

The volume of commercial real estate investment in the Asia-Pacific region reached $ 125 billion in the first three quarters, up 30% from the same period in 2020, according to JLL.

JLL predicts that, driven by demand, attractive investment returns and a desire for diversified portfolios, logistics real estate investments could double to $ 50 billion to $ 60 billion in the period 2023-25.

Investments in retail and hotels in Asia-Pacific have been low due to COVID-19. However, the volume of full-year hotel investments could exceed $ 7 billion in 2021 and could reach $ 9 billion in 2022, according to the JLL report.