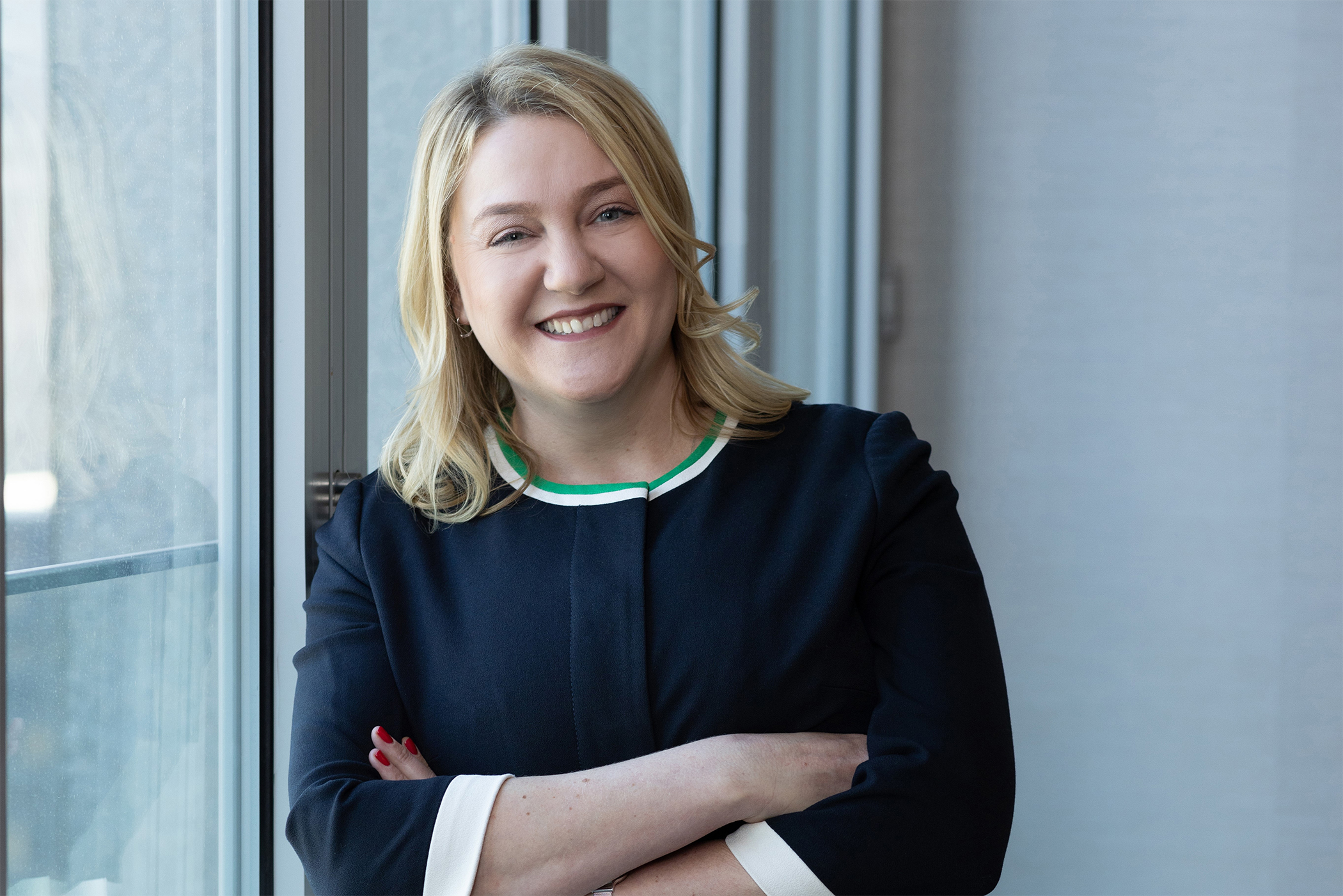 While attending secondary school about 40 miles northwest of London, Gemma Burgess the dream job would have been to be a BBC News presenter or some other kind of reporter. Instead, she found herself in the executive search industry with the primary focus of helping commercial real estate companies find talent.

Although Burgess never thought of working so closely with the commercial real estate industry, once she started she was hooked and never quit.

In April, Burgess took over the management of Based in Chicago Ferguson Partners, one of the largest built environment specialist recruitment firms, after serving as chairman for over a year. Originally from the UK who moved to the US with the company in 2014, Burgess took over from co-founder William Fergusonwho remains president and focuses on engaging with customers.

Burgess, who lives in New York, divides his time between the company’s headquarters and his New York Office.

Now, as the new CEO, she works to help companies recruit employees who will stick around to become leaders in the industry. About 60% of Ferguson Partners’ business comes from real estate and general contractors and companies that build highways, major bridges and other infrastructure. The company has offices across the United States and in London, Toronto, Hong Kong, Singapore, Sydney and Tokyo.

Commercial real estate faces a significant personnel shortage, and the industry must act to fill it to ensure a sufficient supply of future leaders.

“The hardest thing right now is trying to recruit some kind of this next generation of leaders, people who have 20 years of experience, but not 40 years of experience, who kind of come in behind the babies. -boomers taking on leadership roles. But we’re really suffering from this missing generation,” Burgess said in an interview.

The lack of commercial real estate professionals in this group is the result of several things, including the cyclical nature of the industry, she said. When business slows during financial downturns, employees seek work in other fields less sensitive to economic fluctuations. Others leave the industry because they find themselves in roles they don’t like and don’t realize the variety of commercial real estate jobs, she said.

“Sometimes what happens is we bring these young people, like high school or college kids, to come and see a snippet of our industry, and they’ll intern with a developer or a lender or wherever and will be working on analysis for a summer,” she said. “They’ll come back and think, ‘Oh, I didn’t like what I did. And rather than saying, “I don’t like what I’ve done in this or that role or that part of the industry,” they say, “I don’t like real estate,” and they go away and do something else.”

The challenge of retaining employees is difficult, even when it comes to workers who have been with a commercial real estate company for a few years, Burgess said. “It’s like getting people out the door, keeping them in their place, keeping them motivated to stay in a role for over a year or two,” she said.

Brokers and real estate companies also need to spend time and money on programs to prepare workers for different jobs within the company and the industry as a whole, Burgess said.

“We’re going to have to evolve as an industry to build more of this training machine that will allow people to come in and do something for a while and then go back and do something else to try to keep people a little bit longer than the kind of year or two they want to stay today,” she said.

Ferguson Partners offered Burgess a career path, and she’s been with the company since she started as vice president in 2007. She said she never considered becoming CEO of a global research company when she joined the company in 2004.

Her transition from chairwoman of Ferguson Partners to CEO was smooth, Burgess said. “The great thing we’ve done, what Bill [Ferguson] and the management team have done it is that there’s this kind of continuous push for me to take a small step forward one piece at a time,” she said.

But being Ferguson’s top executive is still a bit difficult for Burgess to comprehend.

“When you’re just looking for that next role, it’s kind of surprising when you suddenly lift your head” and you’re CEO, she said. “You suddenly look up and what you can see is the painting, and it’s quite shocking. I still see myself as a partner 15 years ago.”