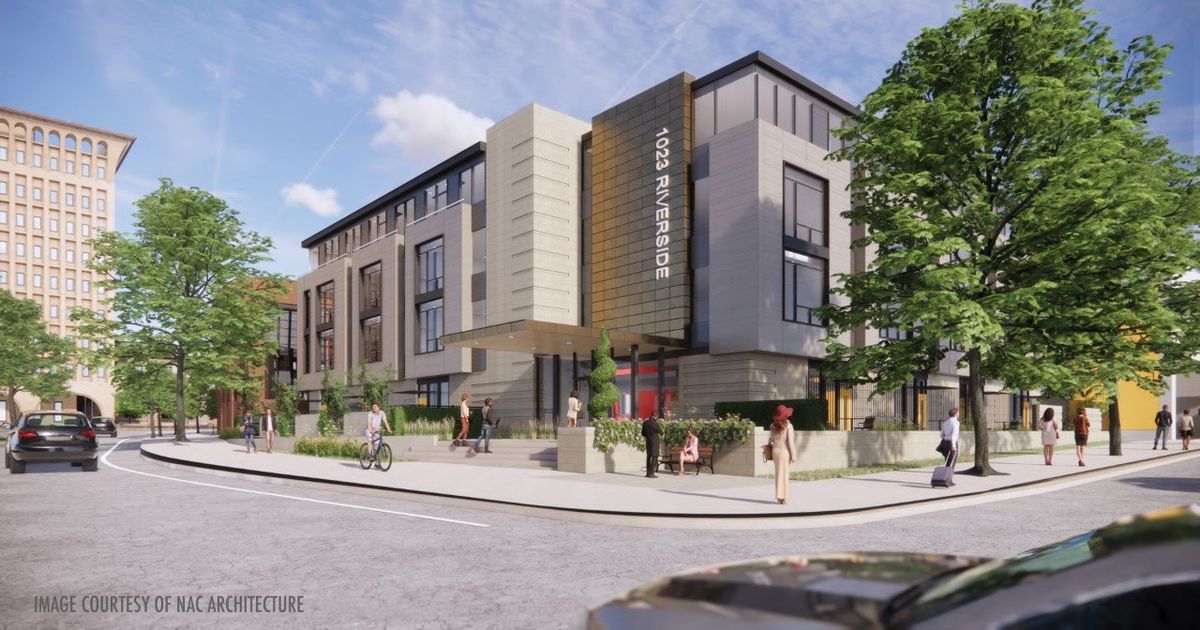 The owner of the historic Chancellery building in downtown Spokane plans to demolish the structure and replace it with a residential development.

The development, when completed, will contain more than 39 one-bedroom and two-bedroom units with modern amenities, a community courtyard and nods to the architectural details currently found in the Chancellery, according to Centennial Real Estate Investments.

â€œAt the heart of all of our decisions is a long-term vision for Spokane and, in particular, the city center. This project is a continuation of our investment in reallocating sites to their optimal and optimal use, â€said Betsy Cowles, president and CEO of Cowles Co., in a statement. â€œWe believe this new housing will help meet a community need during the city’s transformational growth phase.

“We agree with our partners and community leaders that housing must be a priority at this time, given the unprecedented growth in Spokane and the limited rental market,” Yost said in a statement. â€œWe see an urgent need for accessible housing for our professionals such as educators, military personnel, service professionals and others who work in downtown Spokane. Stable housing is essential for healthy communities.

The proposed apartment complex is the next step in Centennial’s comprehensive plan to revitalize the block near the intersection of Monroe Street and Riverside Avenue.

When The Spokesman-Review’s printing operations moved to Spokane Valley from the newspaper’s production facility in Monroe Street, it opened up “prime commercial space” for a new tenant, according to Centennial.

The Chancellery building was constructed in 1910 and designed by renowned architect Kirtland Cutter. It underwent an expansion and redesign in 1924 by another notable architect, Gustav Pehrson.

The building was vacated in 2019 due to “safety and operational issues,” according to Centennial.

In March, Centennial put the building up for sale. The company did not specify a selling price but said it would consider all offers. Although several potential buyers have visited the property, none have submitted an offer, said Yost.

â€œIn the meantime, we were looking at other projects and decided to look at the options for the site. It doesn’t help to have a vacant building there, â€Yost said. â€œThere was a lot of infrastructure work to do. The building had passed its useful life and was no longer feasible. We have started looking at other options for the site as part of the redevelopment of this entire block.

Construction on the apartment complex is expected to begin in fall 2022, Yost said.

Spokane-based NAC Architecture is designing the project, the cost of which has yet to be determined.

The project will be the latest addition to Centennial’s residential real estate portfolio, which includes the M – the former downtown Macy’s – and Chronicle Apartments, also downtown.

Cowles Real Estate Co. purchased the Chancellery building for the Catholic Diocese of Spokane for more than $ 2 million in 2007, according to the Spokane County Assessor’s Office.

The building, which sits in the heart of Spokane’s historic Riverside Avenue district, has housed the diocese for over 53 years.

Spokane Preservation Advocates named the Chancery Building for the Washington Trust for Historic Preservation’s List of Most Endangered Places to raise awareness of its historic value and encourage its owners to choose an alternative to demolition, which was a concern of the organization since the property was released two years ago.

The building was inscribed on the list in September 2020.

Under the city code, buildings that are part of a historic district may be demolished if they are replaced with a structure approved by the Spokane Historic Landmarks Commission.

A permit was filed with the city on Tuesday to demolish the building and construct the new apartment development. The city suspended the permit until the Spokane Historic Monuments Commission reviews and makes a decision on the project at a public meeting on January 19.

Spokane Preservation Advocates President Diana Painter said she was concerned and disappointed with the decision to potentially demolish the Chancellery building instead of redeveloping it.

â€œWe realized the threat that (demolition) could be imminent, and we followed it,â€ she said. â€œWe also sought out and researched people who might be interested in purchasing and remodeling the building and who have not been very successful.â€

Spokane Preservation Advocates will discuss advocacy efforts for the Chancellery building at an upcoming board meeting.

â€œWe would like the building to be reused, clearly. It seems that would be ideal for housing. It’s a wonderful place, â€Painter said. “(The redevelopment) would be fantastic, and I’ve seen it happen successfully in other places.”

Centennial aims to design a building that will be an attribute of the neighborhood, Yost said, adding that the company also plans to work with the Spokane Historic Preservation Office to ensure the apartment project meets the building’s conditions and requirements.

â€œWe’re excited about this whole block and this whole neighborhood,â€ Yost said. “We have things going on there that will bring potential for more housing, in addition to the housing that is already there.”