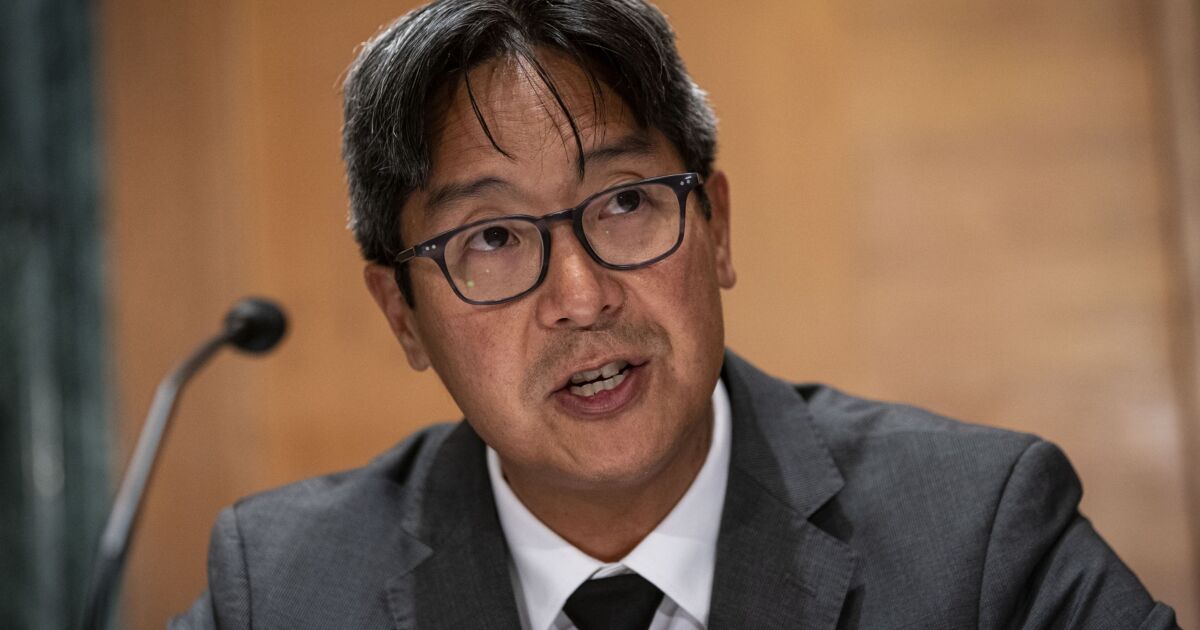 High corporate leverage, cybersecurity threats and the risk of chasing yields in a low interest rate environment could undermine banks’ efforts to boost profits as the pandemic continues, the Office of the currency controller.

In a semi-annual report on risks in the domestic banking system, the OCC noted that banks recovered strongly from the pandemic in the first half of the year as credit conditions improved.

But some banks may be accumulating risk too quickly with lower quality loans, looser underwriting and a lack of sufficient product and service due diligence, an OCC official said in a conference call with reporters.

“Excessive risk eventually becomes a bit like boiled frog syndrome. When it’s too late, it’s too late to do anything about it,” the official said.

“Strategic actions taken by banks to offset earnings, the impacts of low yields and the compression of interest rate margins remain a risk,” Hsu said.

On the upside, credit risk has eased due to the government’s injection of stimulus into the economy. At the start of the pandemic, OCC examiners believed banks would suffer massive losses that never really materialized.

But high liquidity is both a blessing and a curse for banks, OCC officials said. Banks have been able to gradually release loan losses over the past year, but that momentum has waned.

“Banks are going to have to rely on traditional business practices, relying on net interest margin and income and other ways to generate bank revenue,” an OCC official said. . Banks are “really struggling to park this money to earn any kind of margin. So they have to deploy repositories somewhere [and] loan growth is fairly stable.

In this context, the OCC encourages banks to protect themselves against what it calls the “risk of complacency”. Banks are urged to remain vigilant and avoid excessive risk-taking.

“The OCC encourages banks to guard against complacency to ensure financial resilience without compromising effective risk management systems that support strong business models and strategic and operational plans,” the agency said in the report.

Another area of ​​concern is the corporate debt burden which was already high in 2019 and surged during the pandemic.

Corporate debt has continued to rise this year. The OCC is concerned that companies will have access to cheap debt to pay dividends and buy back shares rather than to invest in sectors of the economy that would result in long-term productivity.

The presence of large amounts of debt across the economy, coupled with a greater share of debt held by high-risk borrowers, increases the risk of default in the event of an economic downturn or rising rates of interest, the OCC said. in the report.

“If you have a downturn where earnings may not be as good for some of these companies, that can pose a real challenge for them,” an OCC official said. “Because of the breadth and depth of this debt, it can also pose a systemic risk to the economy.”

The OCC is also closely watching the commercial real estate sector as companies begin to bring their employees back to work. It is unclear if business and consumer habits have changed permanently and what a post-pandemic environment will look like specifically for office buildings and strip malls.

Hsu also said the OCC continues to work on developing climate risk monitoring principles for large banks. The agency recently released a request for academic and policy-focused research on climate risk in banking and finance due to the increased frequency and severity of extreme weather events.

“We are getting more and more into concrete things,” Hsu said. “There’s just a lot of information flow now back and forth about where these practices are and the issues that inform our policy.”