Plans abandoned for a venue on the Majestic site, according to the developer 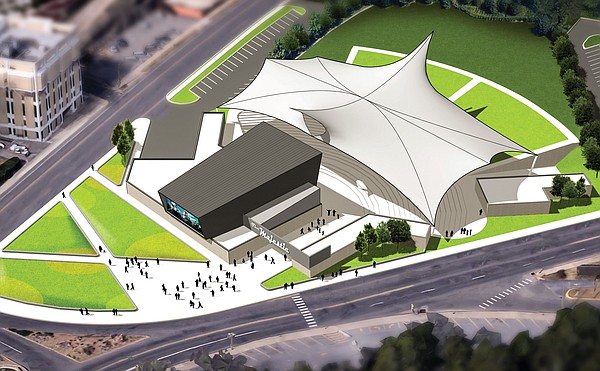 HOT SPRINGS – The proposed outdoor entertainment venue for the Majestic Hotel site is no more, the local developer who had the property under contract for a year said on Wednesday.

Rick Wilson delivered a letter to City Hall on Tuesday terminating the $2,163,128 contract approved by the Hot Springs board of directors last July. He said the $100,000 deposit from RA Wilson Enterprises was refunded Wednesday morning, a week before $25,000 became non-refundable.

The property has been inactive since 2006. The city tore down the condemned structures of the old hotel a year after acquiring it in 2015. It was preparing to issue a third tender when Wilson made its offer in the spring of 2021 .

He said the $2.16 million was what the city paid to acquire the property, tear down and raze its condemned structures, and address environmental liabilities. An appraisal the city commissioned last year assigned a value of $2.25 million.

In March, Wilson agreed to partially repay the deposit on July 20, the first anniversary of the council passing the ordinance ratifying the real estate contract, in exchange for an eight-month extension of the due diligence period.

The contract gave Wilson 270 days to close the sale, but board action in March extended the deadline until the end of the year. The resolution transferred the $75,000 balance of the deposit to the city on October 20, provided the sale had not been completed by then or Wilson had not terminated the contract.

Wilson said his company and the Walton Arts Center remained interested in bringing an outdoor entertainment venue to the city, but the seven-acre Majestic site proved ill-suited to their vision. This became apparent last month after many concepts failed to deliver the 5,000 capacity venue needed to support the project.

WAC chief executive Peter Lane told the board in March that a capacity of less than 5,000 was unachievable.

“It’s just not possible that anything larger than 2,000 can fit on the property,” Wilson said Wednesday. “We’ve been working on this for many, many months. Our operator insists on a capacity of at least 5,000 people. I said that number from day one, verbally and in writing. We just couldn’t scale that capacity to this location. .”

“This project is not finished. We are just moving to new locations.”

The WAC spokesperson confirmed that the northwest Arkansas non-profit organization that owns and operates the Walmart Arkansas Music Pavilion at Rogers is still working with RA Wilson on the amphitheater project.

“Like Mr. Wilson, we want it to be located in an area that is suitable for the city and will allow for optimal operations,” WAC said in an email.

Wilson said they were looking for a larger property, 15 to 3o acres, that could accommodate 8,000 people or more.

“At these capabilities, we can attract Billboard’s top 50 performers and entertainers, and we can provide a wonderful experience for the patron and the performer,” he said.

Wilson estimated a price of $50 million or more, about four times more than what had been proposed for the Majestic Entertainment Pavilion. He hopes to have land under contract early next year.

“It’s a magnificent thing for Hot Springs,” he said, predicting the largest venue would become one of the biggest sales tax generators in the city and Garland County. “This is phenomenal news for the city of Hot Springs. Very exciting days ahead. It’s going to be a slow process, but I think the city can probably envision a place of this nature operating in 2024.”

City manager Bill Burrough said he was unaware Wilson intended to terminate the contract until they met Tuesday afternoon.

“I am not upset with Mr. Wilson’s decision to exercise the termination of his real estate contract,” he said. I think he was frank when he asked for the extension. He said there was still a considerable amount of due diligence that was still required. I’m encouraged that he intends to build one inside the city limits, but in a different location.”

Burrough said he would recommend “pressing the pause button” on redevelopment of the property, advising the council to hold release of a third request for proposals.

“With the current state of our economy and the supply chain issues and the ability to bid, I don’t know if we’re ready to go back there now,” he said.

The termination letter echoed those concerns, saying price uncertainty made it “almost impossible” to predict the costs of a project that was two or three years away from completion.

Burrough said he was confident the city would find a suitable project for the property.

“It may take a different economic climate to get there,” he said. “It’s still a very valuable property. It still sits at the end of one of America’s most iconic streets. I still feel very comfortable with the site and believe the right project will come along. .”

Despite initial reluctance, Mayor Pat McCabe was part of the 6-1 majority that approved the real estate deal last July. His meeting with the WAC management team convinced him.

“I’ve always said if the Walton Arts Center said it was okay, it was okay,” McCabe said in a statement he provided to The Sentinel-Record on Wednesday. “It assumed that the property could support such a structure, and that the streets in the neighborhood could be improved to effectively handle the increased volume of vehicles.

“Mr. Wilson assembled a team of experts in many fields to assist him in the due diligence phase of the project. Their conclusion was that the site was not suitable for what was originally envisioned. We appreciate his efforts We are also grateful that the concept of an amphitheater is not lost as Mr. Wilson will look to other areas within our community to locate this venue.

The termination letter cited the trisection boundaries of Park, Whittington, and Central Avenues, explaining that the downtown intersection would need to be reconfigured.

“Our traffic engineering consultants estimate that the review and redesign process would take one to two years,” the letter said. “That would mean that the start of construction of the facility would be insufferably delayed.”