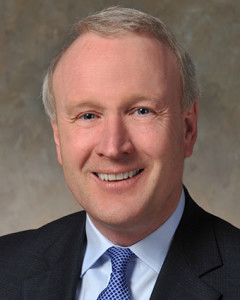 I’ll start by summarizing the 2022 mid-year review which isn’t too different from 2021. I’m happy to report that the overall state of the Southern New Hampshire commercial real estate market remains strong with a few exceptions. Market sectors that continue to outperform are industrial, multi-family and medical offices. Laggards in the market continue to be retail businesses not anchored in grocery stores and professional offices.

The southern New Hampshire industrial market is experiencing a strong demand for high-bay warehouses and flexible manufacturing spaces. Tenants looking to lease space and users looking to buy or build space continue to keep vacancy rates below their historical averages, creating upward pressure on NNN rents and building values . This trend is expected to continue through the remainder of 2022 and into early 2023.

I recently attended a real estate advisors meeting at 160 Federal St., Boston. (Our first combined in-person/Zoom meeting since the pandemic. I hope this is a sign of a new normal compared to Zoom only.) The focus of our guest speaker was an update on the industrial sector from Boston. I would like to commend Chris Skeffington, EVP at CBRE who presented the information, he provided an excellent high level view of the Boston industrial market, which I have summarized below.

2. Southern New Hampshire is considered a suburb of Boston

3. Southern New Hampshire does not have enough existing inventory to meet this demand

4. Vacancy rates are at historic lows

5. Rents are at historic highs

6. Proximity to the Boston market is critical as demand for direct-to-consumer shipping increases. The “cost of the windshield” is the economic driver to keep distribution as close to the base population as possible.

New Hampshire continues to benefit from its proximity to Boston, which, from a travel time standpoint, is now more accessible than ever due to the widening of the I-93 corridor. The four-lane expansion of I-93, completed during the COVID-19 pandemic, traveling north to south from Manchester to the Massachusetts border was money well spent by the state of New Hampshire as it reduces driving times considerably, making southern New Hampshire a viable alternative for distribution in the denser population centers of Massachusetts.

As for the office market, we’re starting to see cracks in what was a pretty strong preform market during the pandemic. During the pandemic, tenants continued to pay rent even though the space was vacant and they didn’t return the space as quickly as some had predicted. However, with the start of three- and five-year leases starting to renew, tenants are now adjusting to a post-pandemic world. Which will most likely reduce their office footprint as working from home (WFH), or a hybrid of WFH, becomes a reality for some white-collar workers.

The jury is still out on how much the telecommuting trend will affect long-term demand for office space, but one thing seems certain, companies are reluctant to force employees back into the office for fear of losing key employees. Recently, in an interview with New York Times‘ Dealbook Policy Forum in Washington DC, Howard Shultz, CEO of Starbucks, a back-to-office proponent decided not to mandate a return to work. Recognizing that there is a generational difference in today’s workforce, they have decided to offer flexible options to eligible company employees, including remote positions and hybrid positions.

We see this trend playing out locally as employers reassess how best to run their business and manage/retain their staff. Unfortunately for office owners, this could take years to settle, leaving them with above-average vacancy rates and a reduced NOI for the foreseeable future. Some landlords are reacting to the weak demand for office space by taking proactive steps to reduce their risk by converting part of their office space into housing. For example, Brady Sullivan Properties has received approval to convert eight floors of its 20-storey Class A office tower in Manchester city center into 155 apartments at market price. They also slowly converted some of their downtown offices to residential space. In addition to office conversions, lower level C/D buildings are being razed in favor of the development of much needed multi-family apartments. Weakness in the southern New Hampshire office market is expected to continue through 2022 and into 2023 as supply exceeds demand. The changing demographics associated with the telecommuting trend raises the question: have we reached the peak of our roles? I think so.